A single router has limited WiFi coverage and always causes WiFi dead zones. Ceres mesh wireless WiFi repeater WiFi extender connect to your existing router and boost more WiFi signals throughout your home. And the lan wifi extender cost is low, for which it has been welcomed in the market. Long-range and strong wireless Wi-Fi repeaters / Wi-Fi extenders allow you to enjoy smooth WiFi network experiences everywhere. As a professional manufacturer of wifi repeater LAN , Ceres has different types of Wi-Fi extender for sale, such as USB powered wifi extender Wi-Fi extender/repeater, LAN repeater Wi-Fi with ethernet, mini portable Wi-Fi repeater. If you want to buy LAN wifi booster, contact us to get the network extender price and type.

WiFi extender is a wireless product that can effectively relay and amplify WiFi signals. It can solve the problems of poor local WiFi signals and slow Internet access due to signal dead corners, house types, walls and other reasons. Also wifi extender cost is low, for which it has been welcomed in the market. As a professional manufacturer of wireless repeaters, we offer various types of wifi extender for sale, and our wifi extender price is competitive in the market. If you want to buy WiFi extender, feel free to contact us. 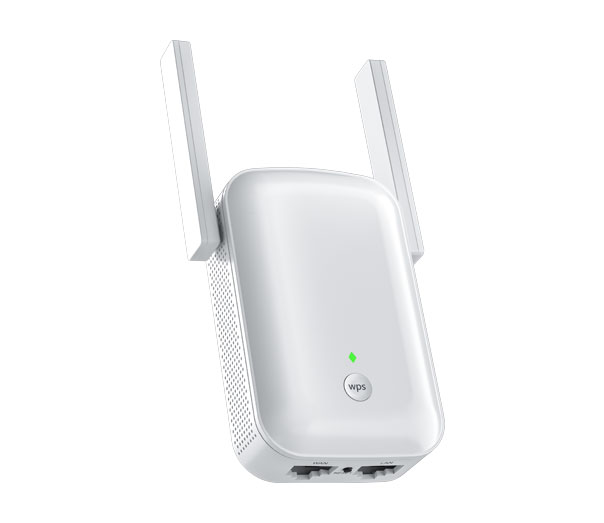 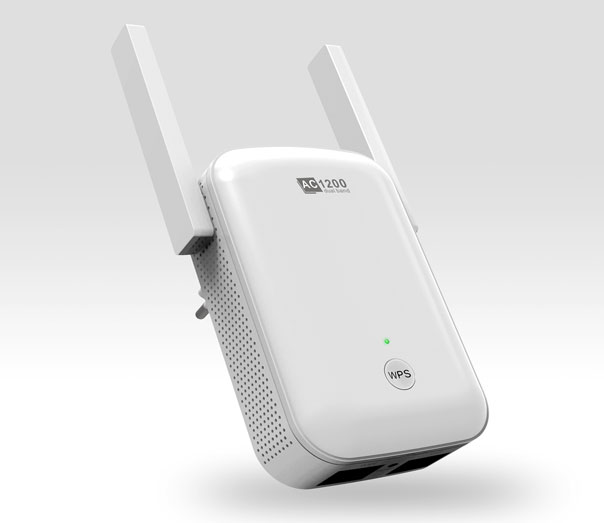 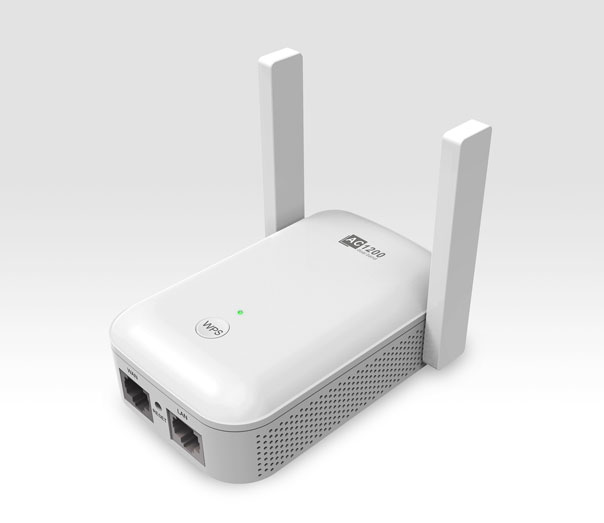 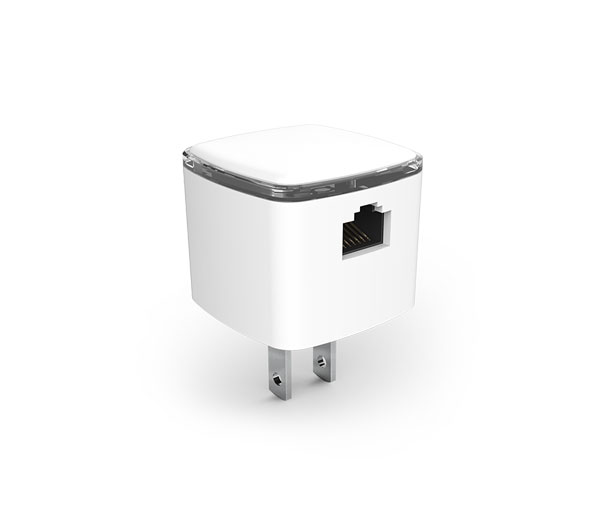 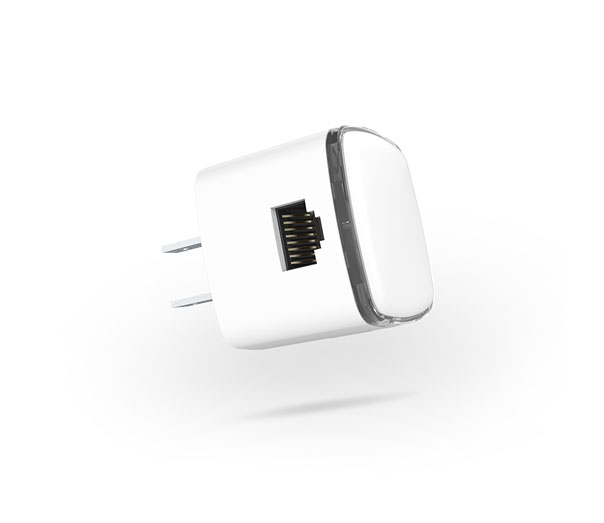 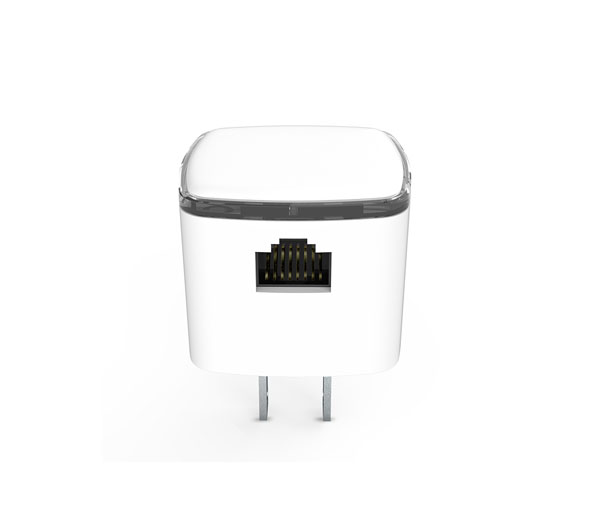 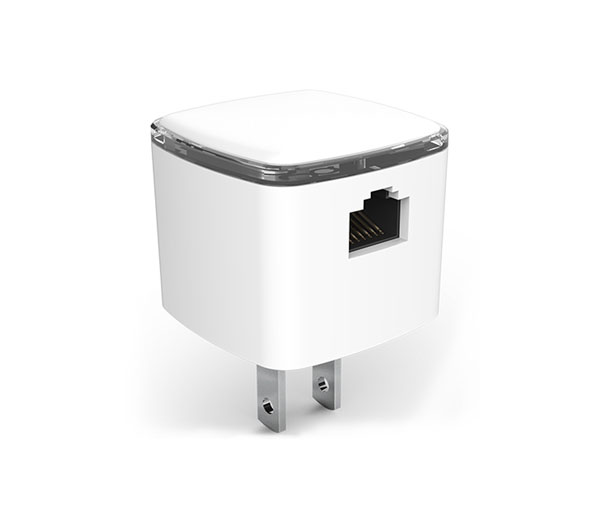 Wifi network extenders and repeaters with ethernet port are essentially the same thing and have basically the same purpose - to improve the overall network signal quality by enhancing the existing Wifi signal. The extender range wifi is essentially a repeater device that receives the original Wifi signal from the main router and bounces it along the line. It is provided in different forms of wireless extender range, signal intensifier or network extender. It is mainly used as a network repeater to obtain Wifi signals from the basic router or access point of the network, and then rebroadcast between wireless devices.

LAN extender WiFi is an independent network device, which is located between the original router and the location where the Wifi signal inside the house cannot reach correctly, and needs better wireless coverage. WIFI extender LAN obtains the existing signal from the router and retransmits it, and finally improves the overall network signal quality. Recently, long range wireless extender has been welcomed in the market.

As the name suggests, LAN repeaters Wifi rebroadcast existing Wifi signals to limited local areas, allowing devices in range to connect to similar wireless networks. It connects to wireless routers and other wireless devices at the same frequency, so bandwidth can be allocated between devices.

How to choose a wifi extender from China Company？

The selected LAN extender WIFI shall have good compatibility with mainstream routers;

Users with speed requirements are recommended to choose a higher rate wireless wifi extender , and 1200mbps rate is a good choice;

The WiFi extender strong signal stability should be selected, and the internal chips and components come from formal channels, so the quality is relatively more guaranteed;

The plug-in WiFi extender with network port is the best choice. Generally, network extender can support the expansion of wireless signal into wired with richer functions. Recently, extender USB repeater wifi has been welcomed in the market.

How do wifi extender work？

The router determines our coverage and whether we can access the Internet at high speed, but the Wi-Fi at home or at work is either a poor signal or a slow network speed, what exactly is the cause of such a phenomenon? And how to solve it? In fact, the reason for these problems is very simple, because most small and micro enterprises or large families still fantasize about using a home wireless router to achieve full Wi-Fi coverage, but the capacity of a single wireless router is limited, especially in small and micro enterprises, home router after a long period of high load use, the components will gradually aging, the signal will decay, poor signal, slow network speed is inevitable. Wireless extender is simply a device used to amplify the Wi-Fi signal, the working principle is wireless relay, enhance the signal coverage, such as small and micro business independent office without signal, after using the wireless extender, the office signal will be full.

Is a home wifi repeater the same as a business wifi extender?

1, with the number of different machines: with the amount of machines, that is, the number of concurrent Internet devices, usually used to measure the carrying capacity of the router. Generally speaking, ordinary home routers can only carry 5-10 terminal devices, while commercial routers generally carry more than 30 machines.

3, different consumer network experience: ordinary routers have unstable signal, often dropped, slow network speed, too many people can not network and other drawbacks, while commercial routers have intelligent flow control mode, you can adjust the network speed with one key, to ensure the maximum number of people in a small bandwidth, to improve the user networking experience

4, different functions: ordinary routers lack value-added features, while commercial routers are located in business, with WiFi authentication and marketing functions. The unique cloud-based management background of the commercial router makes it easy to monitor the network and customer flow conditions in stores around the world, making store management more efficient.

Is a range extender good for Wi-Fi?

Wifi signal amplifiers come in all shapes, sizes and speeds and can have their limitations, but wireless signal amplifiers are easy and inexpensive to install, and when used with a reasonably priced router, you can build a tandem signal system for greater geographic network coverage.

How to test if wifi extender is working?

We will use instruments to simulate the test distance. The test distance is changed by making the measured object change different receiving signal angles. This is the analog signal coverage, and then the attenuator is used to simulate the distance. By measuring the throughput over different distances, we can also determine the effective range of the LAN extender WiFi so that you can better understand the performance of the device in covering the farthest corner of the home.

We, as an expert of network extenders, have various types of wifi extender for sale, all with high quality and relatively competitive price, such as USB repeater wifi, mini repeater wifi, 2.4 ghz, 5ghz lan wifi amplifier, 300mbps, 1200 mbps wifi range extender, 12v wifi repeater and so on. If you want to buy our cost-effective network boosters, please contact us.

How far can a wifi extender reach

The 150-foot WiFi extender can be placed up to 150 feet inside and 300 feet outside. You can change the location of the extender at any time. However, make sure to place the extender within the wireless range of your router. Szceres‘s farthest wifi extender including wifi repeater 300m and wifi extender 100 meter.

Should I connect my WiFi extender to 2.4 or 5GHz?

How many Mbps do I need for WiFi extender?

Even if it's a simple upgrade, here are a few things to keep in mind when purchasing a USB WiFi adapter: If you're using your network for Netflix streaming or online gaming, choose an adapter with a high data transfer rate - ideally wifi booster 300mbps or more, such as 500mpbs and wifi repeater 1200 mbps. Determine the security protocol of your current router.  Inquiry quality 300mbps wifi range extender. 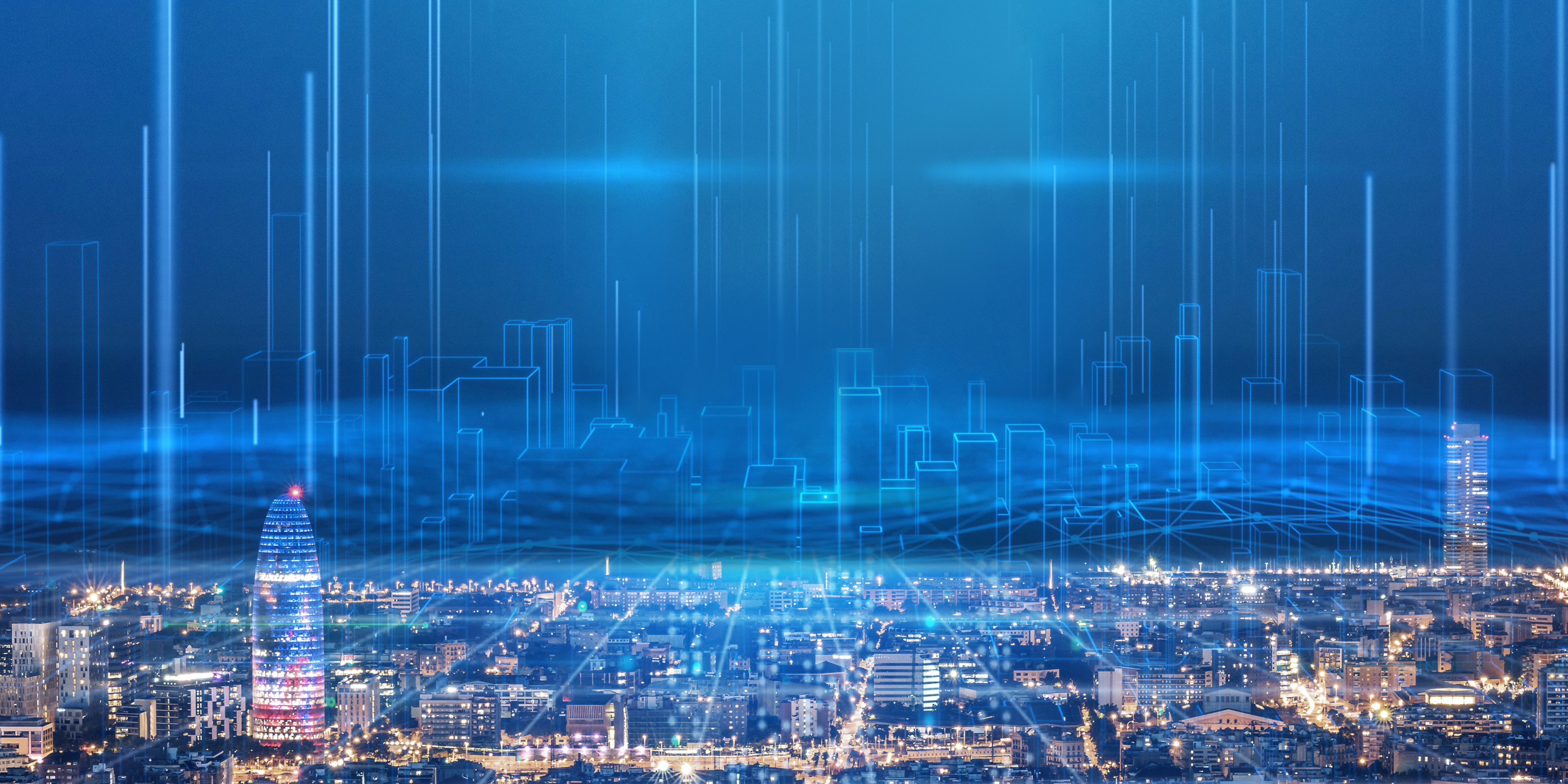 How To Choose The Type Of WiFi AP Antenna? 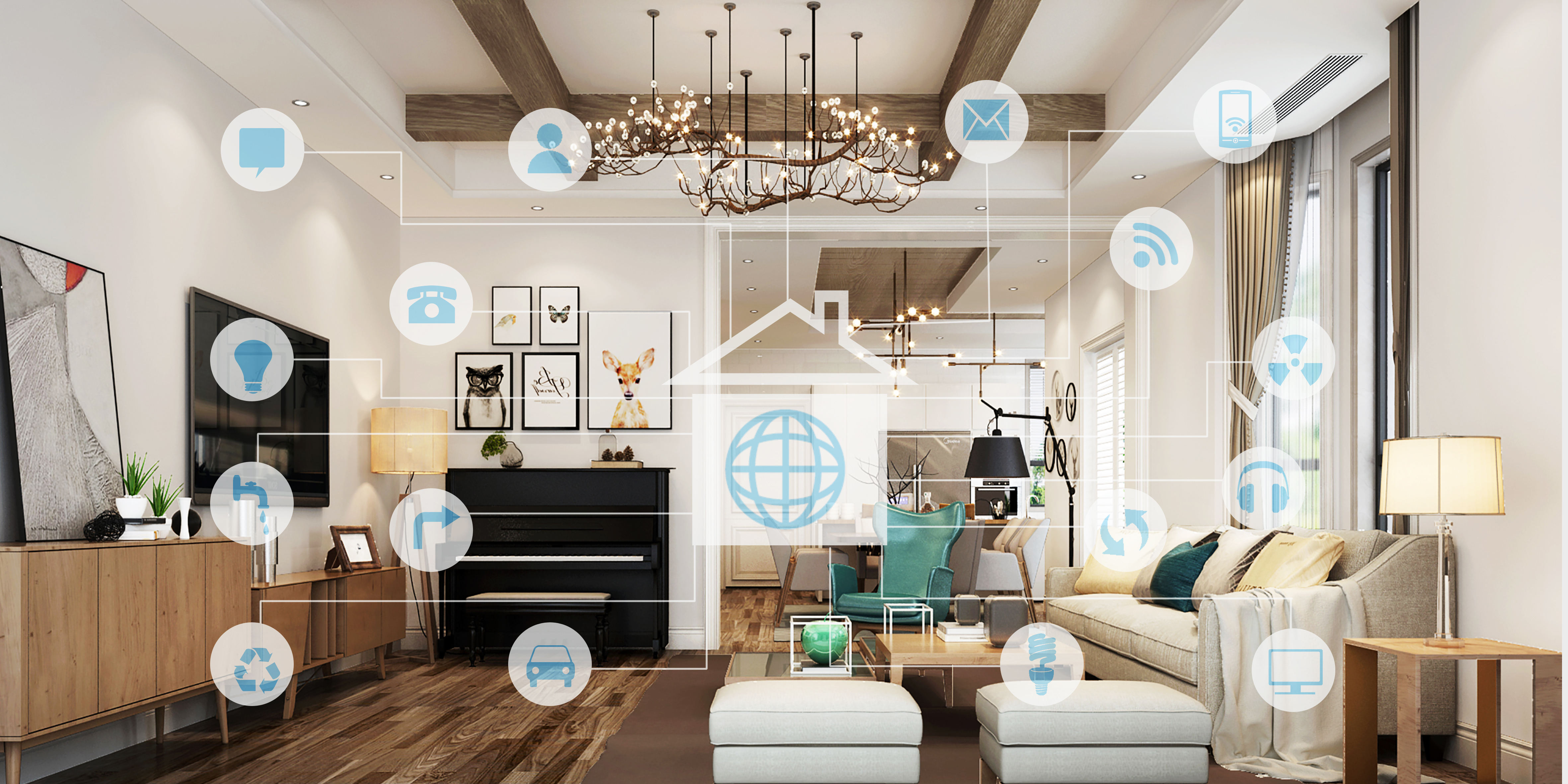 Solutions and Improvements for Outdoor Directional Antenna Installation and Debugging